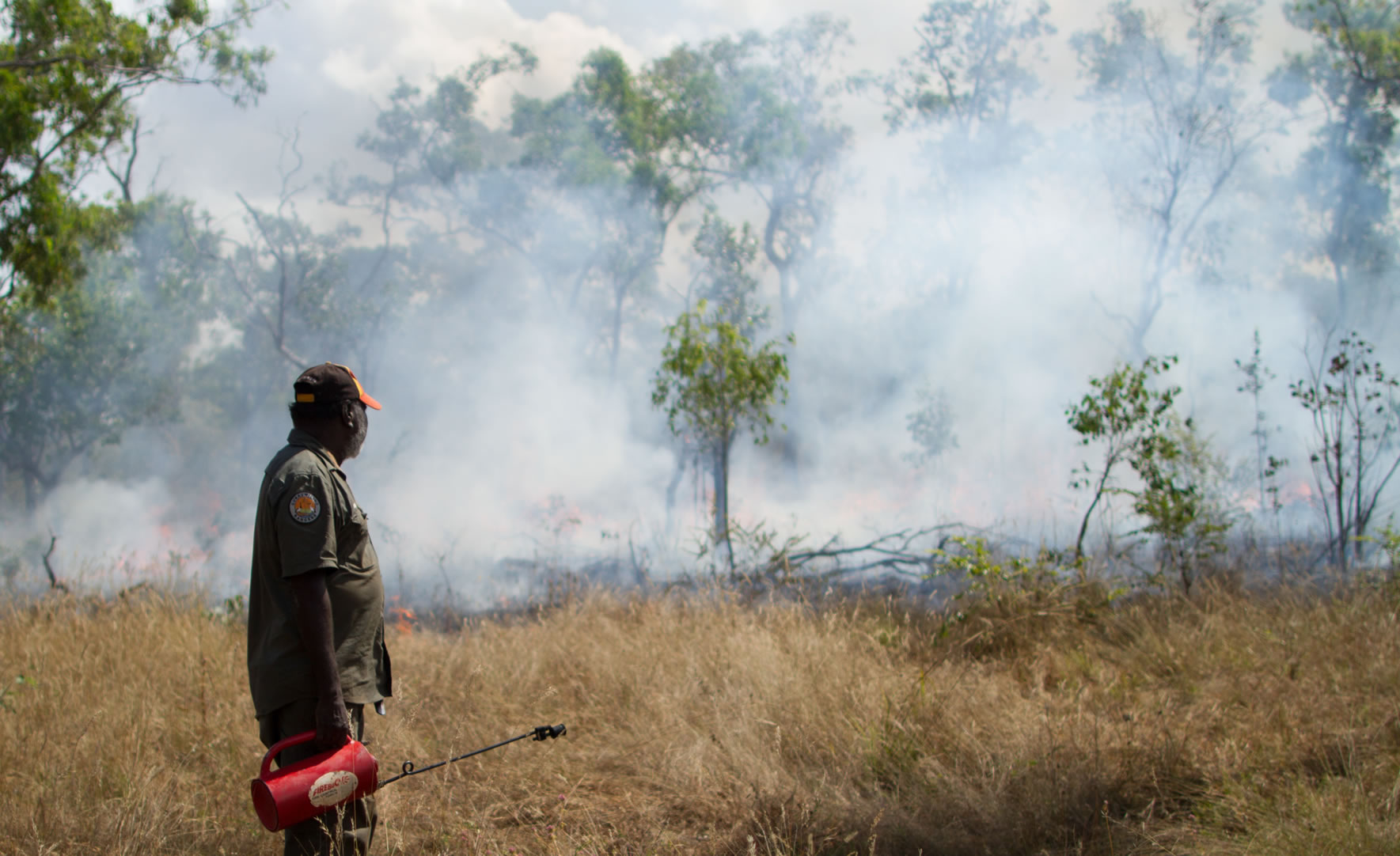 Fire is our most powerful tool for land management. When we use it properly it makes the land come alive again. We are bringing back our traditional fire management but in a new way to look after our country and the world.

Northern Australia’s tropical savanna landscapes are among the most fire-prone ecosystems on Earth. Methane and nitrous oxide emissions from savanna burning represent a significant proportion – 3 per cent on average – of Australia’s total greenhouse gas emissions.

Most emissions from savanna burning are generated by higher-intensity wildfires that sweep through remote areas during the late dry season in September and October. As well as producing greenhouse gases, wildfires also threaten biodiversity values of the Arafura Swamp region.

In pre-colonial times, such late season fires would have been far more limited in extent because of traditional mosaic burning earlier in the dry season. With fewer people living on country and using it in customary ways traditional burning declined and uncontrolled wildfires increased in vast areas of northern Australia.

However, the carbon economy has provided an opportunity for landowners to engage in landscape scale fire management. Since 2013, ASRAC Rangers have been part of Arnhem Land Fire Abatement (NT). This carbon abatement project has many beneficial outcomes; it reduces greenhouse gas emissions, protects biodiversity, and maintains a strong network of familial ties and co-operation across large areas of country. Rangers work with landowners to plan strategic early dry season burning each year. They deliver the incendiary program from helicopters, access country with four-wheel drives and walk long distances to undertake prescribed on-ground burning.

“When the right people burn in the right places, at the right time and in the right way, it protects the country from late dry season wildfires that can cover huge areas. Our good early dry season fires are patchy — small fires that don’t scorch the canopy and link up to make a pattern of burned fire breaks. There is still plenty of food for animals. Sugarbag bees are finding the flowers they need to fill their nests with honey.

The green grass that grows after early fires make kangaroos and wallabies fat. After bad fires food for animals is gone, nesting hollows for birds, bandicoots and possums are destroyed and trees may take several seasons to recover.