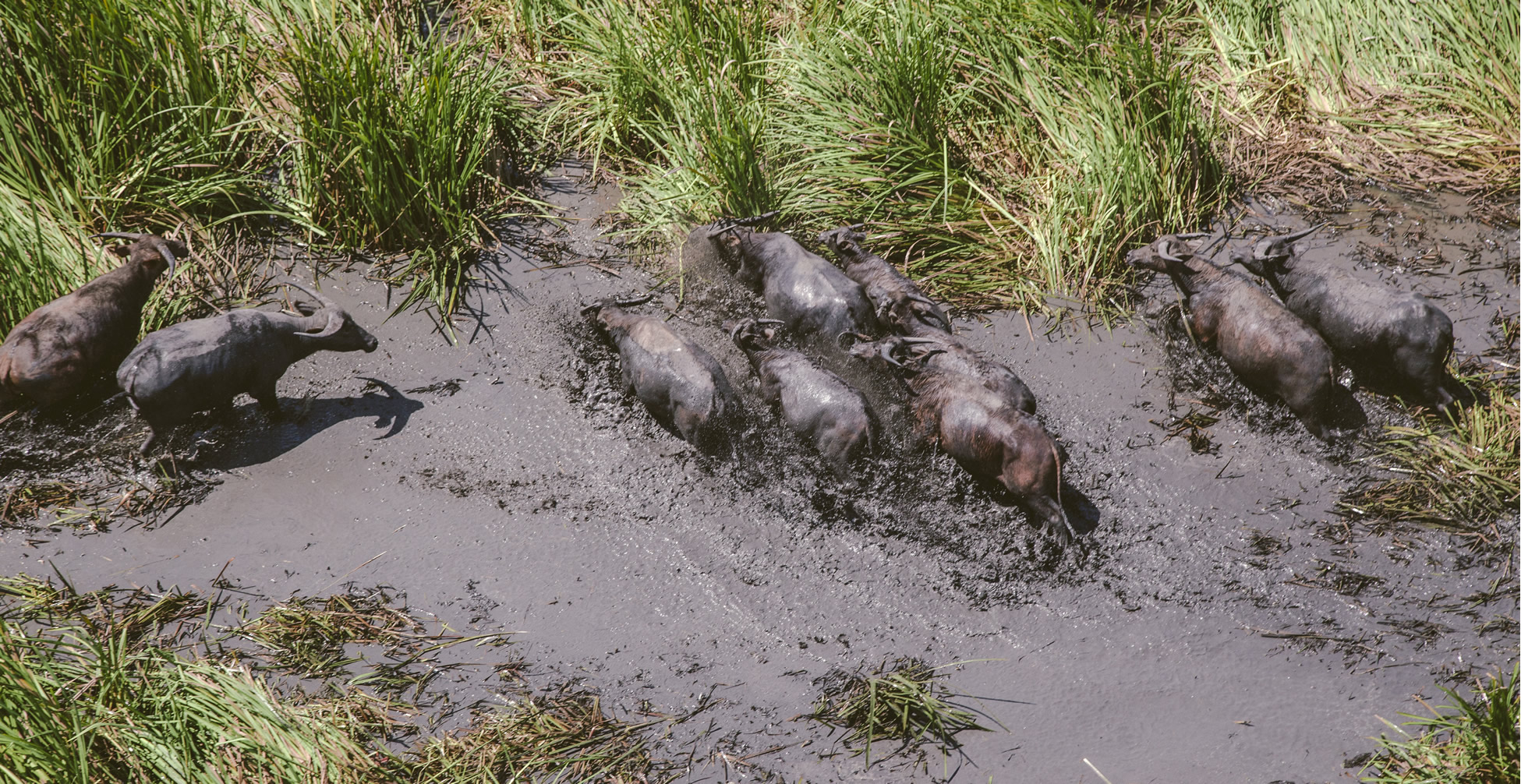 “We can see a lot of damage to country, especially our freshwater places. Buffalo make dirty wallows and their hard hoofs and “buffalo roads” cause erosion and increase saltwater intrusion into freshwater areas.”

Feral buffalo in the swamp provide an economic opportunity but are the source of significant environmental damage. There is concern about the role of buffalo in accelerating saltwater intrusion to freshwater swamps and damaging lowland rainforests, many of which have high cultural, as well as conservation significance. ASRAC has been controlling buffalo for many years and uses aerial surveys as a key part of management planning. The most recent survey, conducted in 2019, counted more than 5500 buffalo in and around the swamp basin area.

“Pigs make it hard for us to access our rivers and billabongs for food, swimming, fishing and fresh drinking water.”

Traditional Owners consider feral pigs a serious problem on their country. Not only do pigs compete for favoured traditional food resources such as lilies, water chestnuts and long-neck turtles, their rooting and digging ploughs up wetlands and watercourses, and destroys native ecosystems. They compete with native animals for food and can spread weed seeds and diseases. Pigs are controlled by trapping and aerial culling.

“Cane toads are a huge worry for us as there are so many and they have spread so quickly though all our waterways. In many places we can no longer find clean fresh water to drink.”

“We know that feral cats are a big problem for our native wildlife, and we need to find out more about Big-headed ants, Yellow crazy ants and the big impacts they can have on our country.”

Small mammal populations across northern Australia have declined over recent decades and several species no longer occur in regions where they were once common. Feral cats are believed to be a key factor in the decline of northern mammal populations. Fire and grazing also plays a role; the reduced cover resulting from frequent burning or overgrazing helps cats to hunt far more effectively.

One of the most serious pest ant species in the Northern Territory is the Yellow crazy ant (Anoplolepis gracilipes). Yellow crazy ants are a major threat to biodiversity. They are currently in north-east Arnhem Land and have the potential to spread not only to the Arafura Swamp region, but across northern Australia.