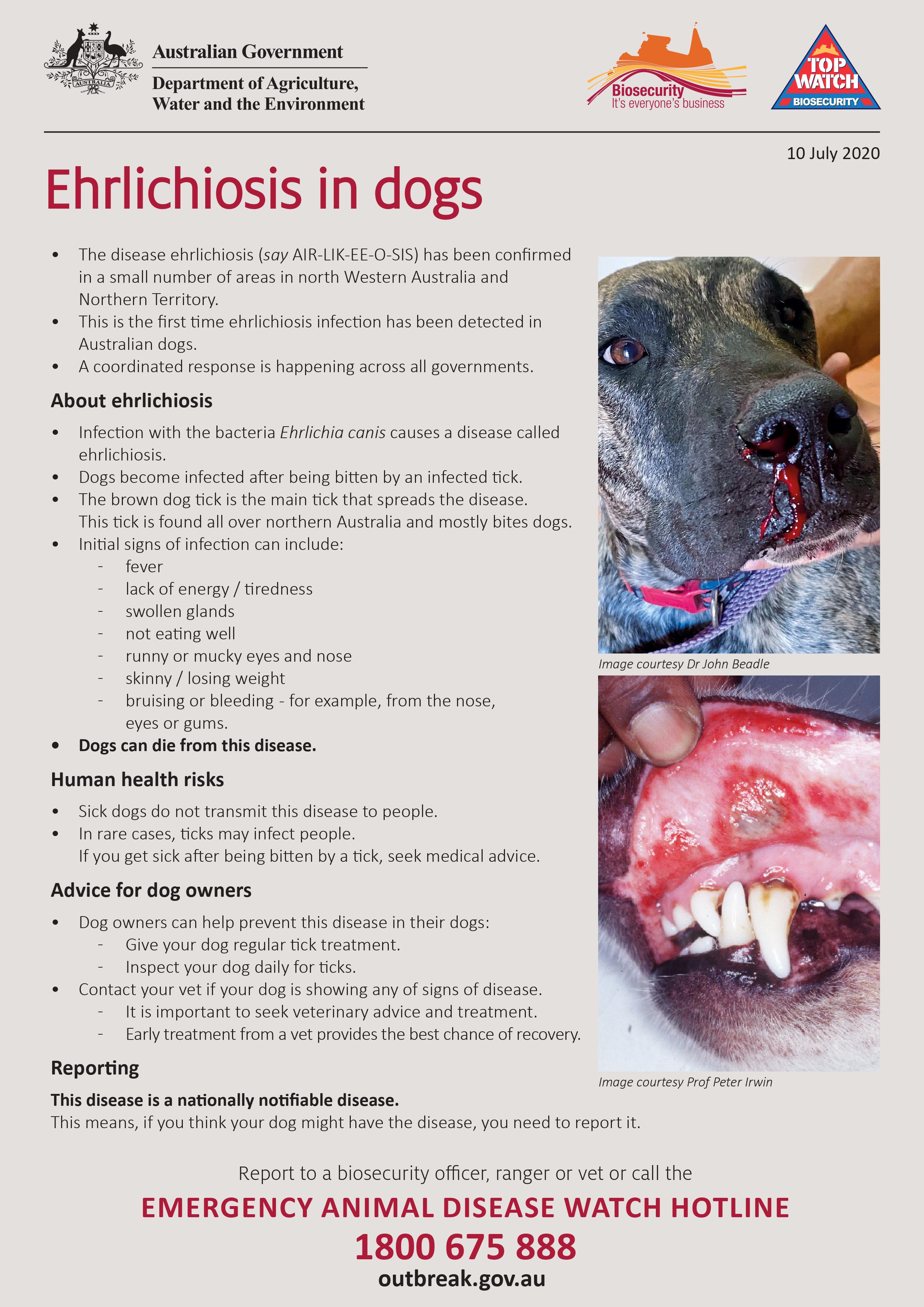 Is your dog unwell? Does it have a fever, is tired, not eating well and is skinny, have cloudy blue eyes, runny, mucky eyes and nose, or is bleeding from the nose, eyes or gums?

If so, they may have a new disease called ehrlichiosis, which is spread by Brown Dog Ticks. Ehrlichiosis has been found in Bulman and Gove and may now be in Ramingining.

Dogs can die from this disease and rangers have had reports of four healthy dogs that have died suddenly without any injuries. They could have been infected with ehrlichiosis.

What should you do?
Can people get sick?