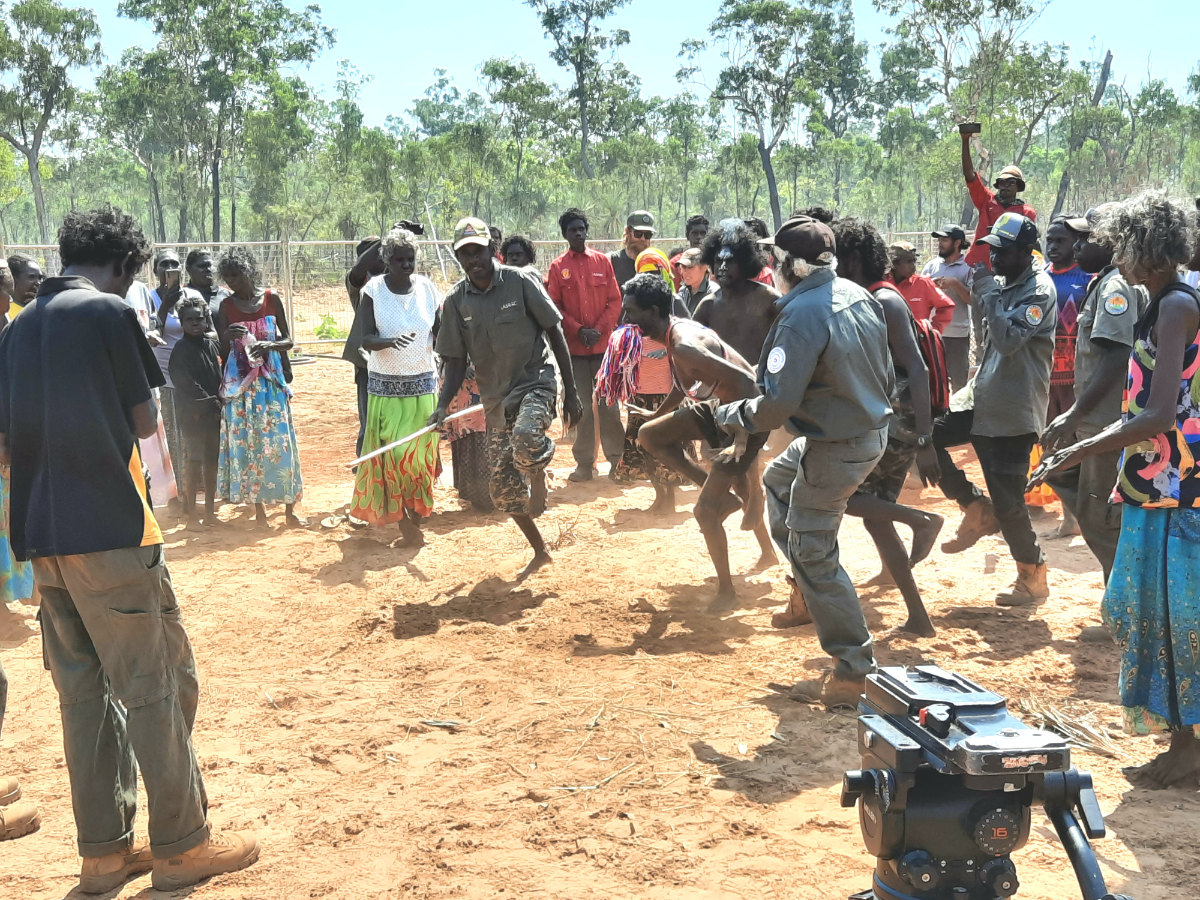 Arnhem Land has a new crocodile hatchery! The first stage of ASRAC’s state-of-the-art facility at Ramingining opened on July 29. The event was celebrated with families from across Gurruwiling (the Arafura Swamp) performing dances, including a crocodile dance, for guests from Ramingining, Darwin, and Nhulunbuy. ASRAC Chairman Dale Djanbadi opened the event with a short speech explaining how important this development was for ASRAC and his people. As well as boosting employment opportunities and providing increased economic independence, the hatchery is a source of pride as people can work with an animal with which they possess an intimate knowledge and have a close cultural connection. For many years harvested crocodile eggs have been sold to farms elsewhere but returns can be significantly increased by hatching and growing the animals on-site. Crocodiles grown by ASRAC will be sold once they are almost a metre in length. The profits will fund land management activities that protect crocodile habitat in Gurruwiling. Stage I of the facility, which was supported by the Australian and NT Governments, allows for collected eggs to be hatched and hatchlings retained on-site before being transported. Valuable advice during the construction phase was provided by Darwin crocodile farms. Stage II will start once funding is available and the larger pens will be built by the end of 2022.