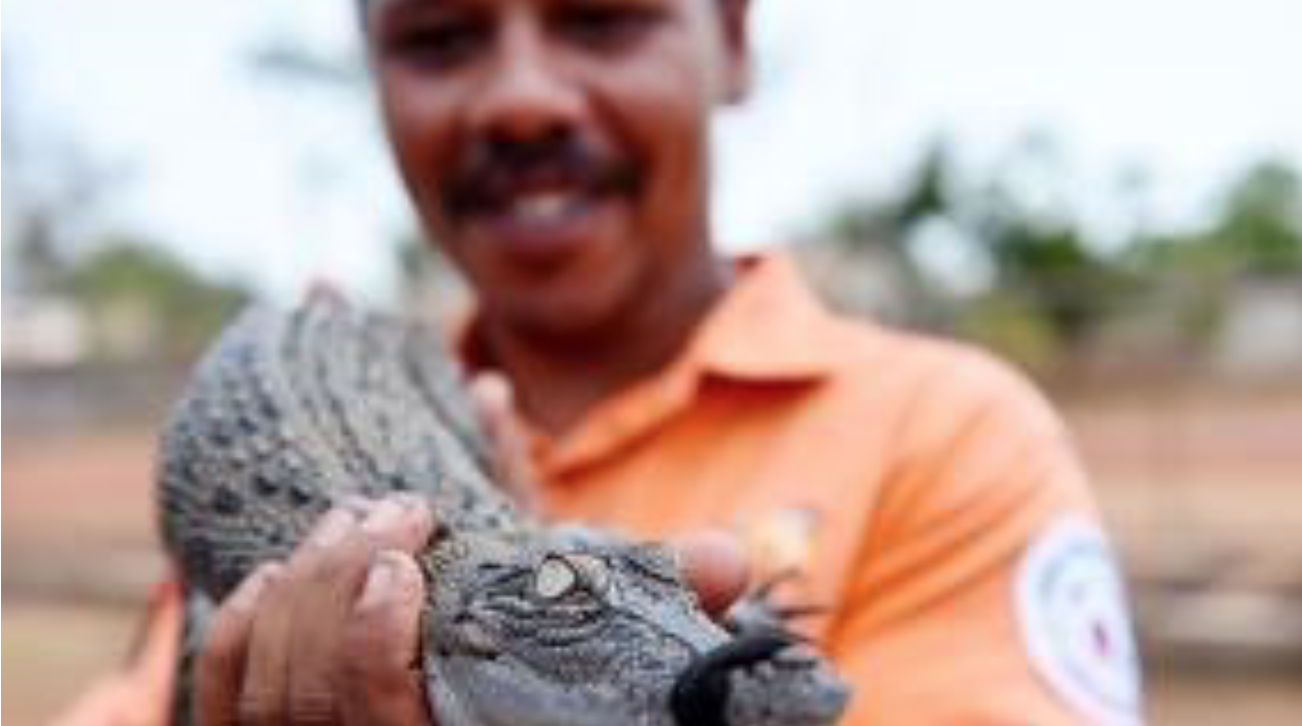 Aboriginal traditional owners in the Arafura Swamp region are preparing to open a crocodile farm in Ramingining.

For the last three to four years the Arafura Swamp Ranger Aboriginal Corporation has been working with the Darwin Crocodile Farm on a pilot project to incubate eggs and raise hatchlings.

“Traditional owners in the Arafura region have been an integral part of the crocodile industry in the Northern Territory for decades,” says ASRAC CEO Dominic Nicholls.

“Up to 4,000 crocodile eggs are sourced from the Arafura swamp region every year.

“Landowners are keen to expand their operation and grow their role in the industry.

“They see it as a great opportunity to create jobs and build the local economy.”

The success of the pilot project has led to ASRAC gaining support to expand their facility from two to 20 grow pens.

“Our rangers had a better than average return on the number of hatchlings which were healthy and grew quickly,” Mr Nichols adds.

“They used meat from water buffalos culled in feral eradication programs to feed the baby crocodiles.

“The rangers also spent a lot of time in training to care for the crocodiles.”

With land secured, ASRAC is focused on building the new facility, including 20 grow tanks, water heating and cooling alongside incubators and cool rooms.

“Our initial aim is to grow 2000 hatchlings up to 80-centimetres long every year,” Mr Nicholls says.

“We’ve secured the land and have had great support from groups in the industry to make this plan become a reality.

The new farm will open at the end of the year.