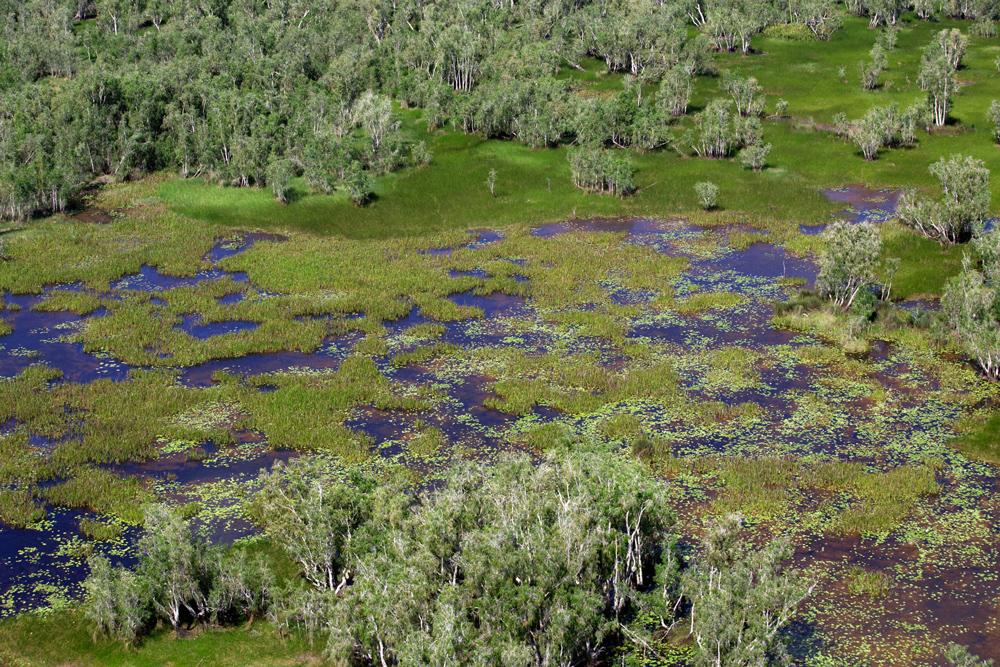 The Arafura Swamp in north-east Arnhem Land in the Northern Territory is one of seven new proposed Indigenous Protected Areas announced by the Australian Government in October 2019.

“We are hunter and gatherers; we still practice our traditions. Caring for country is the backbone of everything for us – land, culture, plants, animals, our health as a people. An Indigenous Protected Area means we decide on a plan about the ways we want to protect our country,” he said.

“I’ve been working to protect my country for decades, and my ancestors have been looking after it for thousands of years. It’s great to have this support to keep this important work going.”

The proposed 1.4 million-hectare Indigenous Protected Area (IPA) comprises the Arafura Swamp - a vast, pristine, 1000 square kilometre wetland surrounded by a catchment extending from Castlereagh Bay to the upper reaches of the Goyder and Glyde Rivers. The region boasts some of the NT’s richest and most extensive rainforests, supports an abundance of threatened, rare or little-known wildlife, and includes the major biogeographic corridor of the Mitchell and Parsons Ranges.

“We’ll be able to do more to protect our beautiful wetlands and wildlife. More work tackling feral animals, more work stopping invasive weeds like mimosa infesting our rainforests and waterways, and more strategic early season burning to bring down the destructiveness of fires,” said Mr Campion.

“We will be doing this work in accordance with our traditional law, including talking properly with the Elders and knowledge holders of our region. Our law is still very strong. It is important we share knowledge on country with right people and speaking right language for country. We are raised to understand that keeping our culture strong keeps our country healthy. Country needs people and people need country.”

Most of the Arafura Swamp catchment is listed on the Register of the National Estate while the central swamp is listed as a Wetland of Nationally Importance. Twenty-seven Environment Protection and Biodiversity Conservation (EPBC) Act listed threatened species are known or likely to occur in the proposed IPA including the Eastern Curlew, Northern Quoll, Northern Hopping-mouse, Gouldian Finch and Masked Owl.

The Arafura Swamp IPA will be part of an Australia-wide network where Traditional Owners work on country to protect biodiversity and conserve cultural resources. IPAs are an essential component of Australia’s National Reserve System; the network of formally recognised parks, reserves and protected areas across Australia.